Child Sex Abuse is a Problem in KY, Nation. Using it as a Political Ploy is Disgusting. 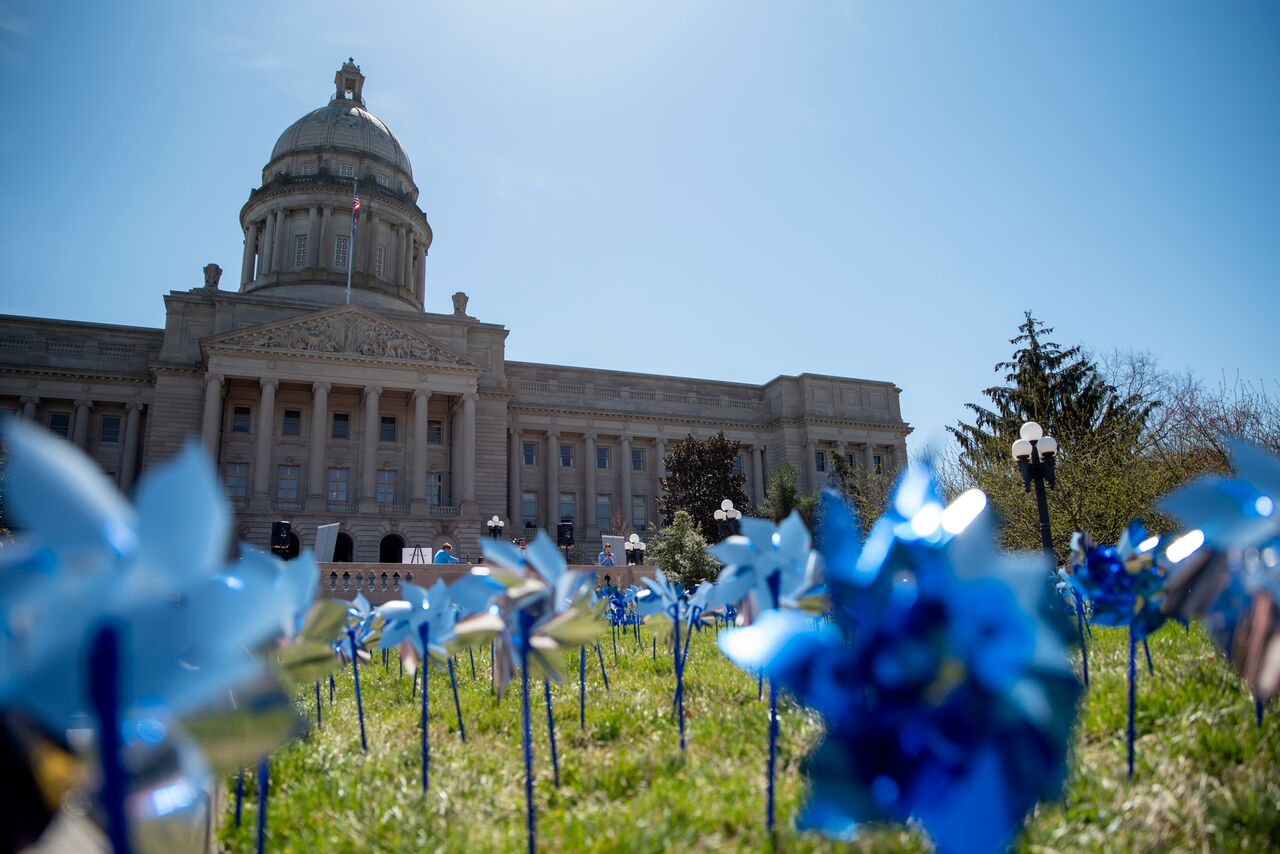 Child sex abuse is a problem in Ky, nation. Using it as a political ploy is disgusting.

If you vote for Ketanji Brown Jackson, you’re “pro-pedophile,” according to QAnon darling Rep. Majorie Taylor Greene, and if you talk about acceptance in Estill County, you’re a groomer, according to my twitter feed.

That’s what it seemed like this week, in Kentucky, in Florida, all around the country. “Pedophile” and “child abuser” are the latest insults du jour. The Washington Post did an entire story about, and I’m not kidding on this, “groomer rhetoric.”

This is, of course, disgusting, and should be the latest and most important reason for decent Republicans to rise up against their right wing. There could be nothing more horrifically cynical than taking one of the most heinous crimes on the planet and politicizing it with lies to win support and votes.

Most awful is the fact that child sexual abuse is a real and terrible problem here in Kentucky and elsewhere. But it’s not at Democratic Party headquarters or the Estill County music department. It’s at your family reunion or vacation bible school, hidden away in shame and secrecy.

“These are offensive political maneuvers,” said Terry Brooks, director of Kentucky Youth Advocates. “To politicize child abuse should shock our moral compass and should render those people unqualified for office. I get politics, but this is outrageous.”

These political battles conflate gender identity and sexuality with child sex abuse, making it harder to pinpoint how the problem needs to be solved. Advocates say the vast majority of child sex abuse perpetrators are “heterosexual,” most of them adult men abusing little girls. Abuse occurs everywhere, across socioeconomic levels, religion, race. Political affiliation has nothing to do with it either.

In one of those bizarre twists of life, it just so happens that all these political maneuvers and made up scandals are happening in April, which is Child Abuse Prevention Month, so a lot of advocates are out and about to talk about the real and serious issues.

It’s not a teacher with rainbow flags in the classroom and it’s not a teacher hosting a group of kids, “it’s the teacher or coach who invites one child to a BBQ after school,” said Winn Stephens, executive director of the Children’s Advocacy Center of the Bluegrass, which provides a full spectrum of victim services, from physical exams to counseling to advocates through the court system. “It’s the coach or the church pastor or the uncle, mom’s boyfriends, step grandparents — the people who are grooming and doing this crime are not strangers.”

Someone’s sexuality does not make them more likely to abuse, Stephens said. The the vast majority of cases he sees are what we would describe as heterosexual men abusing little girls or women abusing little boys. About 65 percent of the center’s clients are girls.

Kentucky ranks somewhere near the top of national rankings for child abuse, although advocates are wary of these rankings because they compare different things and because it might be caused by some of Kentucky’s progress in the area. For example, Kentucky is a mandatory reporting state for everyone, which means every single person is required to report suspicions of abuse and neglect, not just teachers and policemen. (The reporting line is 1-877-KYSAFE1.) In addition, Lexington’s first Child Advocacy Center, started by former Commonwealth’s Attorney Ray Larson and the current Commonwealth’s Attorney Lou Anna Red Corn back in the 1990s have been established in the state’s 15 area development districts.

On Wednesday, Prevent Child Abuse Kentucky started a new campaign called “Safety and Awareness for Every BODY,” aimed at getting communities to recognize and talk about child sexual abuse.

“We know people want to prevent child sex abuse,” said Jill Seyfred, the group’s executive director. “We also know that no one wants to talk about it.”

Shame and stigma means children are ignored and adults stay silent. “We can’t make kids responsible for their own safety,” said Janna Estep Jordan, director of operations. “We have to talk about it in the open.”

That means talking about correct body parts and being honest and open with kids so they understand the potential dangers. Angela Bailey, director of development for the Bluegrass Children’s Advocacy Center who is herself a survivor of child sex abuse, says that’s what she would like to see above all else. “For me it starts at home, with talking to your kids and making sure they’re comfortable with saying no and their own bodies,” she said. “How many times did people say go hug Uncle So and So? Those little simple things that we do with kids send them messages that they’re not allowed to say no.

In a recent editorial, Bailey wrote about how she taught her kids to use the proper names for body parts because she didn’t want them to feel shame about their bodies. “That is not grooming or sexualizing children, it’s about making all children feel comfortable with their bodies.

She also wants people to know that if something happens, it’s imperative to get help. Her abuser had many victims, she said, and one of the others was one of her cousins. Unlike Bailey, her cousin did not ever get treatment or counseling and her life was one of chaos and crisis, one she did not survive.

“We talk about the financial costs of untreated child sexual abuse, but the human toll is much greater,” Bailey said.

There will also be a toll to conflating the politics of gender identity with this grave problem.

The child abuse reporting hotline is 1-877-KYSAFE1. On Monday, April 11, the Children’s Advocacy Center of the Bluegrass will hold a pinwheel planting to raise awareness of child sex abuse at their office at 162 N. Ashland Ave., Lexington, KY 40502 at 10:30 a.m.. Prevent Child Abuse Kentucky will hold a similar event on the front lawn of the Capitol in Frankfort on Monday at 10 a.m. with Gov. Andy Beshear and First Lady Britainy Beshear.